CAN I HAVE MY CRIMINAL CHARGES EXPUNGED? 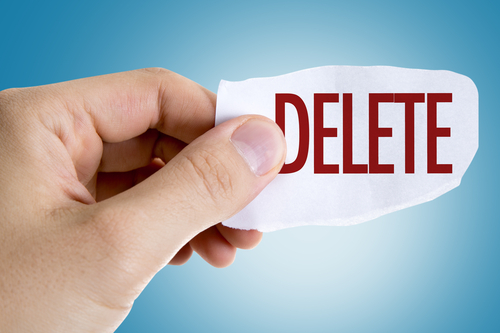 by Jonathan Carroll and Ryan Davis

Can I Expunge My Criminal Record? Expungement is a process by which you may have a criminal charge completely removed from your record. Only certain defendants are eligible for expungement, and eligibility depends on the charges. First of all, most criminal charges that have been dismissed, nolle’d (nolle prosequi), or resulted in a not guilty verdict can be expunged, and there should be no charge for this unless your charges were “dismissed with court costs.” If so, that means you must pay the court costs of your case before you can have the charge expunged. Additionally, if your criminal case was retired, your charges are eligible for expungement once the period of retirement has ended, provided you complied with the conditions of retirement and the State did not reopen your case.

For charges that resulted in a criminal conviction, some convictions may still be eligible for expungement under relatively new laws passed in 2012. Under T.C.A. § 40-32-101(g), a qualifying conviction may be expunged if the individual has no other convictions for any criminal offense anywhere other than the one to be expunged, and at least five years has elapsed since the completion of the sentence imposed. Most A misdemeanors and below are eligible, with some exceptions, such as DUI, assault, and sex crimes. As of July 1, 2021, the list of eligible felonies was expanded to include several non-violent Class C and Class D felonies, in addition to previous eligible Class E felonies. The list of convictions eligible for expungement under § 40-32-101(g) is long and can change over time, so you should consult with an attorney or visit the court clerk’s office regarding your specific conviction. For expungement of Class E felonies, 5 years must have elapsed since the completion of the sentence, while expungement of eligible Class C and D felonies requires that a period of 10 years has elapsed since the completion of the sentence.

Pursuing expungement under § 40-32-101 requires that a petition be filed, and the process varies from county to county. While the assistance of an attorney is not required, it is recommended. Finally, it's important to distinguish expungement under §40-32-101 from pre-trial or judicial diversion. You can read more about diversion here. Whatever the mechanism, many people have criminal convictions or dismissed charges on their record that they don’t realize can be expunged. Your criminal history, even on dismissed charges, can have a major impact on your employment and housing options. If you think you may be eligible to have your charges expunged, contact our office and we would be glad to assist you.

Does an unmarried father in Tennessee have custody rights to his child?
How is Property Divided in a Divorce in Tennessee?